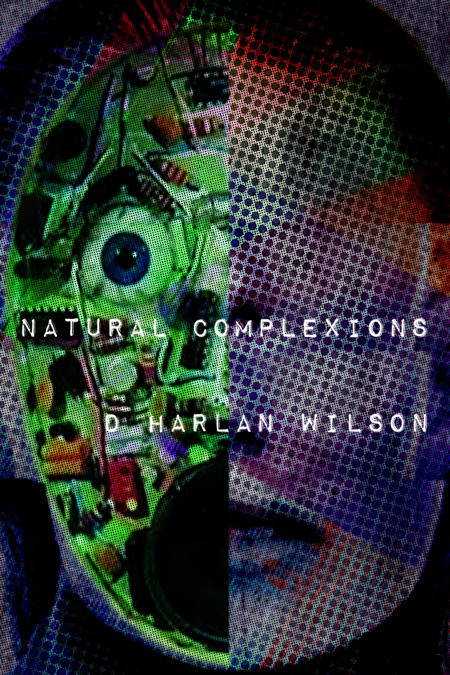 In the late 1960s, J.G. Ballard levied a fierce critique against the then-new phenomenon of media politics, populating the "condensed novels" of The Atrocity Exhibition with such real-life fictionalised characters as Jacqueline Kennedy, JFK, Marilyn Monroe and, of course, Ronald Reagan (whom his protagonist wanted to fuck). He fashioned an insane protagonist: a doctor at a mental hospital who himself surrenders to a world of psychosis. Ballard vied for a scandal and managed to cause one.

Through the interactions of over 100 characters, among them movie stars, ex-presidents, televangelists, motivational speakers, con artists, back-alley philosophers, forensics experts and Biblical kings, the book faithfully renders the absurdist spiritus mundi that galvanizes the cultural landscape. In contemporary America, you don't get to fuck the president, but the president sure as hell gets to fuck you. Wilson's protagonist, a mysterious trickster named Brian Gonka, haunts the narrative like a machinic ghost. In these pages, sanity is no longer an option; the clarity of insanity is a rule of thumb.

Listed for The Guardian's Not the Booker Prize, Natural Complexions is a biting satire on modern life as lived online and saturated by media idiocy and the closed circuits of celebrity status at every turn. Its masterful combination of hilarity and eeriness functions as a 21st-century upgrade of the Kafkaesque—both in its compressed epigraphic form and in its obsession with the (im)possibilities of the sacred.

"In all of Wilson’s stories, as in real life, there is potential violence lurking within and without, a force that may suddenly erupt and incinerate anything and everything in its wake." —ENTROPY MAGAZINE

"Natural Complexions is a laugh riot. Like Burroughs, Acker and Ballard before him, Wilson has written a book that would recommend itself to the atypical reader. If you are in search of something brazenly original, drawing on known writers but offering something new as well, then this is the book for you." —MANCHESTER REVIEW OF BOOKS

"This book lies to you even before you crack it open. A sickeningly fun, interactive experiment, a sort of choose-your-own-adventure for Philosophy and Literature Ph.D.s. This is speculative fiction at its best, fulfilling its function and going the extra mile." —THREE CROWS MAGAZINE

"Wilson illuminates our addiction to social media, news cycles replete with violence and scandal (not to inform, but to accrue advertising dollars), and the farcical idiocies of modern celebrities. Like flipping through TV channels or scrolling through a social media feed, Natural Complexions is a collage of atrocities, hilarity, and satire. Tonal whiplash and surrealist visions collide with tabloid garishness and perception drift." —THE DRIFTLESS AREA REVIEW

"A sharp report from the madhouse is always a joy. Wilson’s prose is exquisitely precise and his humor relentlessly unpredictable. Only two other authors have made me laugh out loud so often: William S. Burroughs and Spike Milligan. Natural Complexions is a very funny, very smart book." —MALCOLM MC NEILL, author of Tetra, Observed While Falling and Reflux+

"In these exquisite flares of literary highwire, D. Harlan Wilson corkscrews facts into helixes of strange that feel realer than truth." —MATTHEW ROBERSON, author of List, Impotent and 1998.6

"D. Harlan Wilson's vignettes sometimes read like news reports from a Fortean America, sometimes read like the dream journals of daytime television personalities, but are always disconcertingly and hilariously connected to the present . . . reality. Wilson explains how a mysterious tornado can get a shoplifter cleared of charges, an ill-advised selfie can set your world on fire, and discovering the sixth person pronoun can revive a celebrity's career. In each case the stories he tells are both absurd and true." —DOUGLAS LAIN, author of After the Saucers Landed, Last Week’s Apocalypse and Bash Bash Revolution

"An author in the revolutionary tradition, which he’s unafraid to satirize as venomously as every other." —LOUIS ARMAND, author of The Combinations, Cairo and Breakfast at Midnight

"One touch of Nature makes the whole world tin." —MARSHALL MCLUHAN, Culture Is Our Business