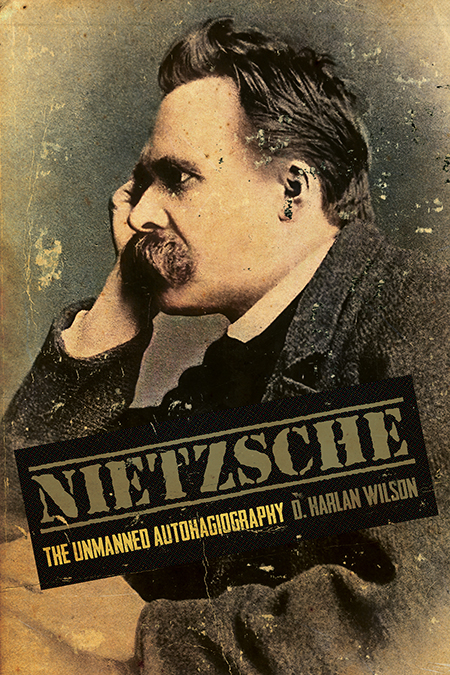 In this remarkable exploration of Friedrich Wilhelm Nietzsche’s Native American roots, D. Harlan Wilson explodes all former notions of the German philosopher, amoralist, and über-saint in the same vein that his Zarathustra exploded universal principles. Based upon extensive research in the Nietzsche Archives at the University of Arts-Gatlinburg, this so-called “autohagiography” reveals what it meant for Nietzsche to be a person of color and a “gay scientist” masquerading as one of the whitest, straightest, most entitled men in the history of Western civilization. Do not look to these pages for an exegesis of yet another archbishop of heteronormative patriarchy. Nietzsche was much more than an Anglo-Saxon descendent crying wolf from a Swiss mountaintop, and unlike most career-spanning monographs, Wilson completely ignores his insanity and preoccupation with Christian morality in favor of his Cherokee affect and early-American genealogy as much as his transgender proclivities. This is the unmanning that Nietzsche Studies has been waiting for—utterly absorbing, insufferably profound, and a testimony to the hammer of truth that forged an entire arsenal of modern thought.

"I have never been so unreservedly offended and confounded by a book. Nor have I enjoyed a book so much or recognized its scholarly valence. To some degree, Nietzsche: The Unmanned Autohagiography reads itself. It may have even written itself. One thing is clear: D. Harlan Wilson is not, as many critics have claimed, a ghost in the machine of history. He is the machine in the ghost of futurity." —NATHAN BEDFORD FORREST, Professor of Art History and Chair of the Department of Viticulture and Enology at Fostoria University