Alfred Bester's The Stars My Destination 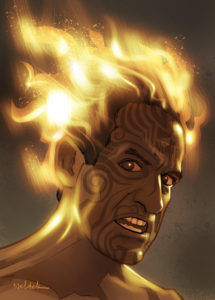 In this comprehensive study of The Stars My Destination, D. Harlan Wilson makes a case for the continued significance of Alfred Bester’s SF masterwork, exploring its distinctive style, influences, intertextuality, affect, and innovation as well as its extensive metafictional properties. In Stars, Bester established himself as a son of the pulp-SF and high-modernist writers that preceded him and a forefather to the New Wave and cyberpunk movements that followed his lead. Wilson’s study depicts Bester as an SF insider as much as an outlier, writing in the spirit of the genre but breaking with the fixation on hard science in favor of psychological interiority, literary experimentation, and adult themes. The book combines close-readings of the novel with broader concerns about contemporary media, technoculture, and the current state of SF itself. In Wilson’s view, SF is a moribund artform, and Stars foresaw the inevitable science fictionalization of our benighted world. With scholarly lucidity and precision, Wilson shows us that Stars pointed the way to what we have (un)become.

The infinite worlds of science fiction and fantasy (SFF) dance along the borders between the possible and the impossible, the familiar and the strange, the immediate and the ever-approaching horizon. Speculative fiction in all its forms has been considered a genre, a medium, a mode, a practice, a compilation of themes or a web of assertions. With this in mind, PALGRAVE SFF: A NEW CANON offers an expansive and dynamic approach to thinking SFF, destabilizing notions of the canon, so long associated with privilege, power, class, and hegemony. We take canon not as a singular and unchallenged authority but as shifting and thoughtful consensus among an always-growing collective of readers, scholars, and writers.

"D. Harlan Wilson has written an indispensable guide to Alfred Bester’s most celebrated novel. Portraying Bester as a consummate mad scientist of SF craft, Wilson examines parallels between The Stars My Destination and classic texts such as Mary Shelley’s Frankenstein and H.G. Wells’ The Island of Dr. Moreau, as well as shows how—and why—the novel became a touchstone for later writers on the cutting edge of the SF field. Wilson never hesitates to tackle tough questions about Bester’s legacy. This is a smart, engaging, and at times provocative introduction to Bester, one that will appeal to scholars and fans alike." —JAD SMITH, author of Alfred Bester

"This monograph demonstrates several reasons why Alfred Bester’s The Stars My Destination remains one of the most fascinating SF novels ever, even 65 years after it was first published. There are, for example, the book’s ‘proto-cyberpunk style’ and ‘pyrotechnic’ plot, its strange antihero, Gully Foyle, its connections to other works, including Frankenstein, its representation of a twenty-fifth century society that often seems all too familiar, and its essential plot element, the transformation of Bester’s ‘stereotype Common Man’ into a Promethean figure at the novel’s end. For anyone interested in Alfred Bester, Wilson’s book is essential reading." —PATRICK A. MCCARTHY, author of The Riddles of Finnegans Wake

"Alfred Bester was essentially writing parody during his great period, parody of a field he loved for the very contempt it was able to instill and extract from him. It was the junkiness of science fiction which enthralled him—his stories and his two great novels bestow the armament of junk upon narrative. In this dazzling study of The Stars My Destination, D. Harlan Wilson shows us how Bester took the eviscerated, glowing heart of the artichoke and pronounced it as torn from heaven." —BARRY N. MALZBERG, author of Beyond Apollo

"This study is the perfect example of how rigorous literary scholarship can shine a light on a forgotten text and really put it front and center for a contemporary readership. Connecting Alfred Bester’s experimental novel of the 1950s through intertextual lines, Wilson uncovers the rhizome that is the SF megatext: from monomyth to mad scientist, from Frankenstein to Neuromancer, from Joyce’s modernism to Wells’ scientific romances, from proto-SF to cyberpunk. And the best thing is that Wilson remains true to his subject of study, mirroring Bester’s ‘pyrotechnic’ style in his scholarship. This monograph is a rush of densely packed readings and analyses, giving the story of Gully Foyle its due in the history of science fiction, and revealing its contemporary importance." —LARS SCHMEINK, author of Biopunk Dystopias: Genetic Engineering, Society, and Science Fiction